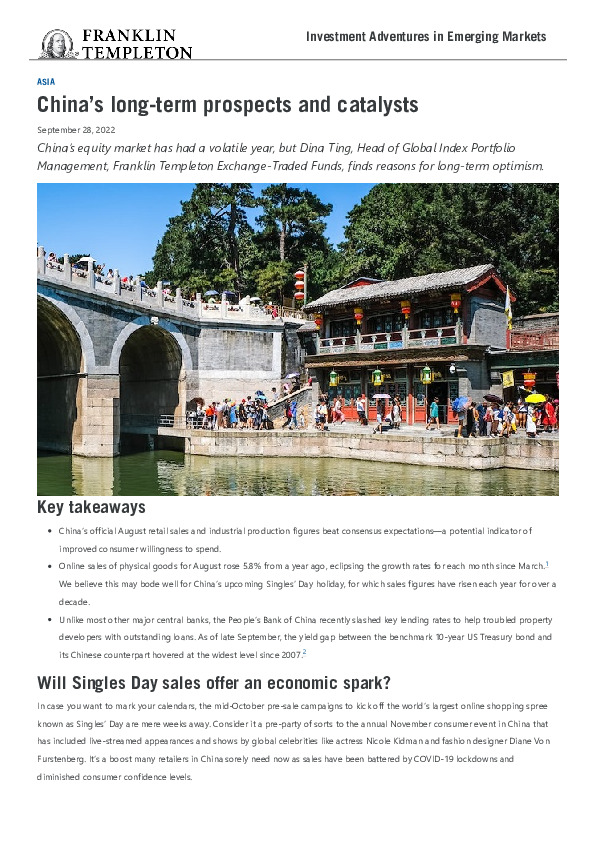 China’s official August retail sales and industrial production figures beat consensus expectations—a potential indicator of improved consumer willingness to spend. Online sales of physical goods for August rose 5.8% from a year ago, eclipsing the growth rates for each month since March. We believe this may bode well for China’s upcoming Singles’ Day holiday, for which sales figures have risen each year for over a decade. Unlike most other major central banks, the People’s Bank of China recently slashed key lending rates to help troubled property developers with outstanding loans. As of late September, the yield gap between the benchmark 10-year US Treasury bond and its Chinese counterpart hovered at the widest level since 2007. 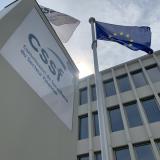 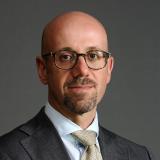 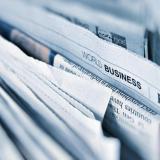 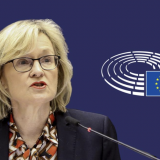 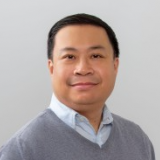