‘Globalisation, as we know it, is probably over’ 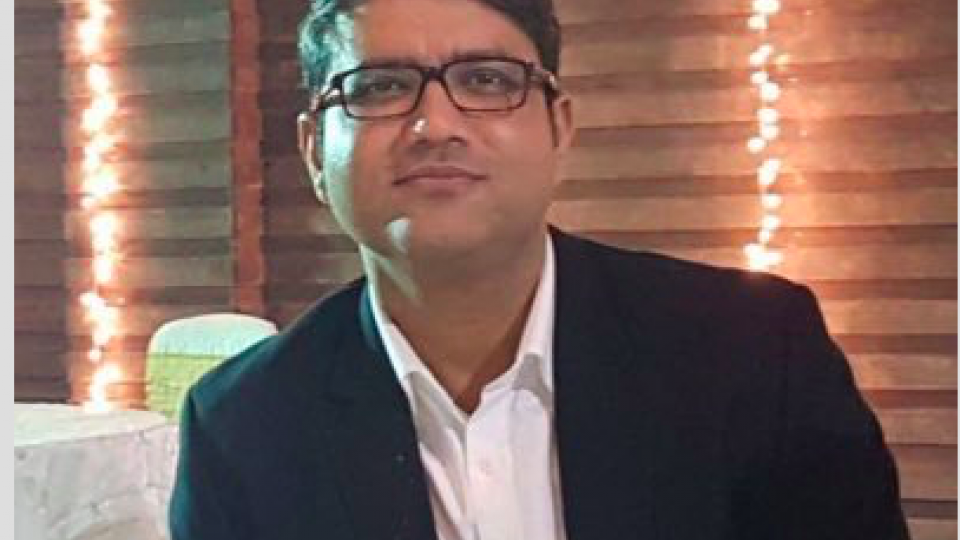 With Russia's expulsion from the Swift digital payments system, the West is crossing a dangerous divide that will have far-reaching consequences for the global economy and world order.

In an interview with Investment Officer, Ritesh Jain, an influential global macro strategist, trend watcher and advisor to family offices and investment companies from India, says he believes that many countries will choose to build up strategic reserves of agricultural products and raw materials, including gold, at the expense of more FX reserves. “Having conviction is the most important attribute if you want to make any money in this decade.”

Jain was selected by Lipper as Best Bond Fund Manager of the Year for four consecutive years. He was also CIO of Tata Mutual Fund, managing 7 billion dollars in that capacity. He regularly appears on CNBC and is considered an important influencer on Linkedin in the field of economics and finance. In the interview he casts doubts about the sustainability of the post-war world order.

IO: How would you characterise the West's decision to exclude Russia from Swift after its attack on Ukraine?

Jain: “I am not sure whether this was thought through properly or not, but banning Russia from Swift transactions and simultaneously sanctioning their FX reserves is the first time it has ever happened in the Bretton Woods system. Russia owns resources and is also an agricultural commodity producer which are exported to the West, and Russia gets fiat currency in exchange through which they have built up their FX reserves. 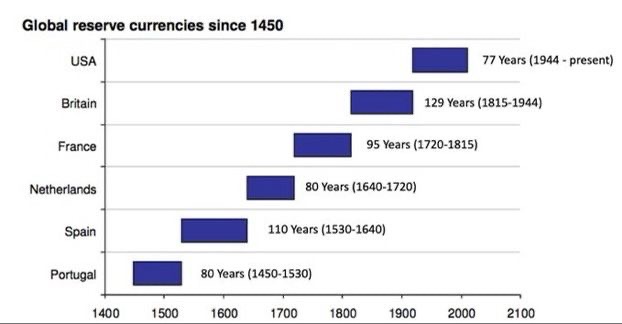 IO: American hegemony is based on the fact that it was the victor in World War II and the dollar became the world's reserve currency. That dollar role gives the United States great financial, economic and power political advantages. What do you think will cause the end of that dollar hegemony? Will rivals, such as China, alternate with the United States as the hegemony of the world by adopting better policies and gaining the confidence of the international markets? Could such a transition take place without a conflict, or maybe even a world war?

Jain: “The end of dollar hegemony is a function of US economic conditions. The US economy has never been so burdened with debt at least since the end of World War II. The US debt/GDP today stands at 130 percent and the only way to get out of debt and restore faith in US dollar and US assets is by reducing this debt. The only way of dealing with this debt burden is through raising interest rates sharply, curtailing domestic demand and leading to double digit unemployment, reshoring production back to the US with renewed focus to increase US energy production.”

“This requires a lot of sacrifice on part of the American population and change in policies under the current administration. I am not sure they are ready to make the sacrifice needed to make the US a great nation with restored credibility of the US in a leadership role. Hence, I believe that the US dollar hegemony will start chipping away slowly. Let’s call it the beginning of an end. On the other question of China chipping away at dollar hegemony, I would say that it is possible in the next decade but it is too early for China to be challenging US hegemonic status.”

IO: Is it possible that the dollar hegemony will not be alternated with a new hegemony, for example, that of the renminbi, but that there will be much more of a collectively supported currency system in the world, such as the IMF's SDRs?

Jain: “I think the US is vacating the role of global reserve currency as it is not in their interest anymore, but no nation is ready to step into the shoes of the US. It is the responsibility of reserve currency to run current account deficit, share its GDP with other countries and have the most powerful military to keep the world safe and to guard the shipping lines. China is not fulfilling any of these conditions. Neither is any other country. This creates conditions for a military conflict as the most powerful player is slowly making an exit and others want to get into that shoe. SDR is a great addition to the global monetary system. The IMF is really trying hard to popularise SDR but till now it is only marginal. Maybe it will get a boost after the Ukraine/Russia war.”

IO: To analyse that the US dollar hegemony is coming to an end, which macroeconomic, financial and monetary parameters do you follow for that closely?

“All great empires come to an end due to bloated bureaucracy, falling productivity and rising debt/GDP. This just shows the weakness of an empire but that does not necessarily mean that this empire is seeing its last days under the sun if it takes corrective action. The problem is that towards the end of Kondratiev winter, or the end of an economic cycle, it is generally difficult to change the course.”

IO: There is growing income and power inequality in the world, with a very small minority (of billionaires and others) controlling more than three-quarters of the world wealth and  economy. How is this viewed in Asia-Pacific, but also in India? And what alternatives are being proposed?

In fact, some economies of G-7 today are in worse conditions than emerging markets as their percapita stopped rising 15 years back, for example Germany and Canada. Whereas it never stopped growing for most EM economies. Hence such a large income and wealth inequality is not desirable but it has happened in history many times but towards the end of an economic era. Large wealth disparities are not viewed favourably in countries like India but we don’t have unrest due to that. India is an aspiring society where the young generation doesn’t expect much from the government and is willing to do the hard work necessary to become successful in life.”

IO: Is it possible that the great differences in power and wealth can be resolved without causing serious conflicts and wars? If so, how? Are you not afraid of riots and serious conflicts due to famine in the poorer countries of the world in the next months to come?

Jain: “Famines and riots are already becoming common in not-so-poor countries as climate change and Ukraine/Russia war stretches agri supply chains. NASA believes we are headed for global cooling which is completely opposite of global warming. Global warming led to bumper crops and higher productivity which led to lower agri prices and has kept overall inflation low in the last decade. I think this trend is already changing and if that were true then riots/famines will become a common feature of modern society. On the second question of differences in power and wealth, I would say that it cannot be resolved without wars.”

IO: There are problems in the supply chain. There is increasing scarcity of resources. This is accompanied by inflation and may lead to a global recession and stagflation? How can these problems be overcome? And what role can China play in this?

Jain: “We are moving from disinflation to persistent and sticky inflation. Central banks have no tool except demand destruction to bring this stagflation in control but the side effect is recession. China is no longer willing to pollute its country to export cheap products to the rest of the world. So incrementally China will be a source of inflation and not disinflation. Larry Fink is right, or rather is probably more informed than all of us. I do agree that globalisation, as we know it, is probably over.”

IO: If the dollar falls, and American hegemony comes to an end, then the alternative could develop: a world order based more on collective ideas and beliefs. That would be more in line with Chinese thinking.

Jain: “Not necessarily because China is a heavy commodity and fossil fuel user not a producer. Rising commodity and agricultural commodity prices will also act as headwinds for Chinese growth unless they can import them in CNY. China has accumulated more debt per unit of productivity in the last 10 years so until China can clean up its own act and act as a responsible power it would be difficult for the world to follow the Chinese path.”

Jain: “I come from a democratically structured state and I cherish democracy and my rights. I do not believe that an authoritarian state is a better model in spite of progress shown by China in lifting half billion people out of poverty. The system might allow for faster decision making but it does not guarantee that decisions would be in the interest of people.”

IO: As we look at the uncertain future of the world, how can investors best design their portfolios to be prepared for a transition period of likely high uncertainty and volatility before a new era begins?

Jain: “Transition of power from one empire to another has always led to conflicts and war. This will translate into higher uncertainty in markets which will be reflected in higher than usual volatility for probably years to come. There are some subtle trends which have been put into motion which I think will play out in this decade starting with deglobalisation resulting in higher and persistent inflation. These mega trends are investable trends but the returns will be nonlinear and bunch up in a short period of time. Having conviction is the most important attribute if you want to make any money in this decade.”

IO: What do you think that new era will look like? Where will be the centre of gravity of power and innovation in the world? And what role will India play in it?

Jain: “Power will shift to commodity producers and countries with low debt and cheaper and secured energy supplies. India’s Achilles heel was higher energy prices, but if they can get cheap and reliable energy through bilateral deals, then India has a great future in the world of ageing societies. We just need to make sure that our demographic dividend does not turn into demographic liability.”

This interview was originally published on InvestmentOfficer.nl. 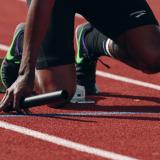 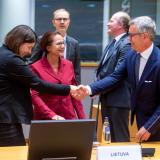 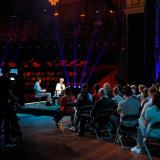 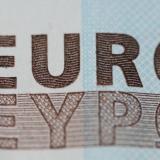 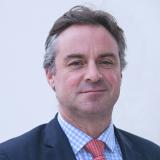 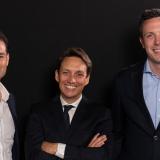 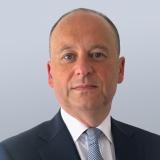 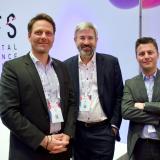