This article is brought to you by AXA IM. 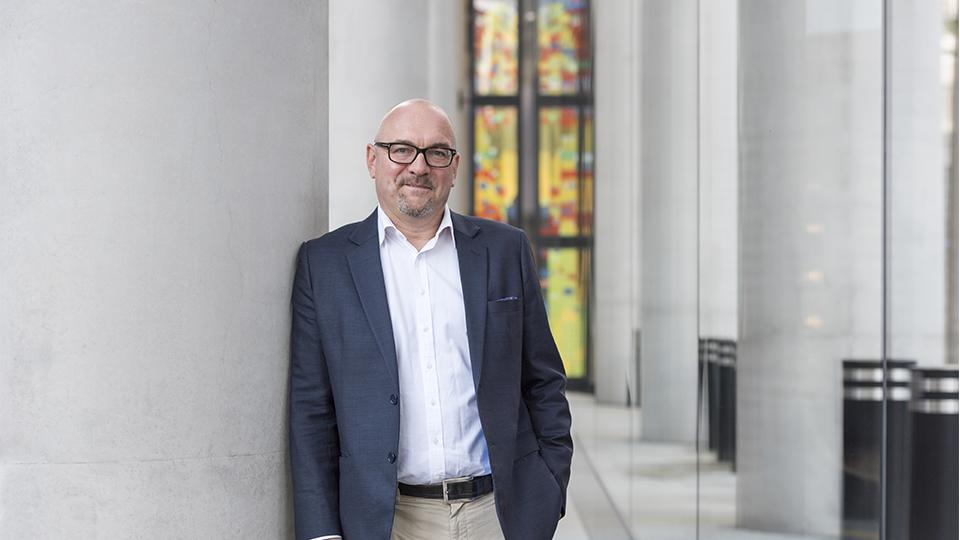 As world leaders gathered in Glasgow in a bid to secure a more sustainable future for the planet, COP26 had a very much ‘make-or-break’ feel about it. There were a plethora of broad and challenging goals to be agreed on – namely securing net zero by 2050, keeping the most ambitious Paris Agreement targets within reach; protecting communities and natural habitats; mobilising finance to support the energy transition; and ensuring ongoing collaboration between nations.

World leaders pledged to do more or urged everyone else to do so. Disappointingly, the leaders of some of the planet’s biggest polluters were not there. There have been headline-grabbing announcements, but has it all been – to quote activist Greta Thunberg – more “blah, blah, blah”?

Perhaps we can take encouragement from some of the statements to emerge and expect more aggressive policy action to come. One of the biggest announcements came late in the day, as China and the US jointly committed to take “enhanced” action to stop global warming over the next decade and co-operate in limiting global temperature rises to 1.5˚C above pre-industrial times.

The final Glasgow Climate Pact, signed by nearly 200 countries, will speed up the pace of climate action – governments are now requested to produce new Nationally Defined Contributions (NDCs) to decarbonisation, with a focus on 2030, by the time of the next COP in Sharm El-Sheikh at the end of next year. Previously, the next publication of NDCs had been due in 2025.

And for the first time, the agreement included a plan to reduce the use of fossil fuels – even though the final wording stated a commitment to “phase down” coal-fired power generation – and disappointingly not “phase out”, after pressure from India and China to water down the language.

Encouragingly the University of Melbourne concluded that the pledges set out by governments would, for the first time, be enough to keep warming within the limits of the Paris Agreement – specifically to 1.9˚C[1]. While this was good news, it was not “well below” 2˚C and certainly some way off the ideal 1.5˚C target. Watchdog group Climate Action Tracker, which looked at the more concrete but shorter-term 2030 pledges, concluded that the world was still on track for 2.4˚C of warming, if not more[2].

One concerning takeaway from COP26 is that, as things stand, some of the biggest CO₂ emitters – China, India and Russia – have no formal commitment to achieve net zero by 2050. That illustrates how much more needs to be done – and suggests that COP26 may be seen as a staging post of incremental improvements that must now be built upon. Below, we look at some of the key takeaways from COP26, and what they could mean for investors.

Ahead of the final Glasgow pact, more than 40 countries committed to moving away from coal as an energy source. This is a significant step, even though China, the US and India were among those that did not sign up to the agreement.

The intention of this pledge is to phase out coal power in developed economies in the 2030s, and emerging markets in the 2040s, which should foster a greater share of renewable energy in total energy generation. In addition, more than 20 countries agreed to halt new direct public finance for coal development by end of 2022 and invest more in renewable energy.

Many asset managers, including AXA IM, have already largely divested from coal – the single biggest contributor to carbon emissions – but greater government investment in renewable energy is good news for companies that operate in this sector or that use renewable energy in their operations.

More than 100 countries committed to reducing methane emissions – one of the most harmful greenhouse gases – by 30% by 2030. The pledge covers countries representing nearly half of global methane emissions and 70% of global GDP[3]. However, major emitters – including China, Russia and India – did not sign up to the pledge.

Methane has 28 times the warming power of CO₂ when emitted unburned and is mostly released through agricultural activities or natural gas leaks in the energy infrastructure[4]. We believe that active investor engagement with companies in the sector can encourage best practices in this area, including stricter operating policies, more efficient production processes and better infrastructure.

Some 24 countries, together with a group of major car manufacturers, agreed to sell only zero-emission vehicles by 2040 (or sooner), phasing out new petrol and diesel cars. Several countries, including the UK, the Netherlands and Canada, had already set their own targets, but this agreement goes a step further, and is expected to cover nearly a third of global car sales. However, the US, China and Germany – countries which dominate the global automotive industry – did not sign the agreement.

Electric vehicles, and the infrastructure surrounding them, is already a key area of interest for investors in the carbon transition, and these new targets could potentially create new opportunities for growth.

The Glasgow Pact included a decision to increase the money that richer countries provide for developing nations to adapt to the climate crisis, though the £100bn-a-year financing target that was agreed in 2009 is now not expected to be met until 2025 (the Paris Agreement had envisaged delivery in 2020). This will delay help to bridge the gap between the developed and developing world when it comes to the fight against climate change.

Alongside the government targets, a coalition of more than 450 international financial companies with $130trn in assets has committed to align with the goal of net zero by 2050. The group, known as the Glasgow Financial Alliance for Net Zero (GFANZ), will help provide the finance needed for the carbon transition.

The way that investment managers such as AXA IM – which is part of GFANZ – decide to allocate capital could have a potentially significant impact on the way that companies across the world choose to operate.

World leaders vowed to end deforestation by 2030. The pledge was signed by countries housing around 85% of the world’s forests – including Brazil, home to the critically important Amazon rainforest. Developing countries will receive funding to restore land that has been damaged by deforestation and to support communities that depend on the natural ecosystem, while a new fund was established to protect the world’s second-largest tropical forest in the Congo.

For investors, supporting efforts to stop and reverse deforestation means addressing activities that are responsible for it on a large scale – such as meat production and grazing, palm oil and soya bean cultivation. AXA IM has already set out clear guidelines to limit our investment in companies involved in deforestation and those that potentially damage natural ecosystems. We also believe it is hugely important for investors to step up engagement with companies operating in those areas to encourage more sustainable practices and support them in their transition.

A new global carbon trading market is starting to take shape after the summit set out rules around a centralised exchange. However, it remains to be seen exactly how the system will work, and how it will be scrutinised to avoid greenwashing. Still, this could allow companies to channel investment into green projects, and could be an important step towards the emergence of a global price for carbon.

Among the noteworthy new country-level pledges was India’s first commitment to carbon neutrality, setting 2070 as its goal (China’s target is 2060). India also called on developed nations to step up climate finance efforts and deliver $1trn in finance – a 1,000-times increase on current targets. Meanwhile, 43 African countries relaunched an initiative to attract green capital from international and domestic investors. And the Australia Climate Finance pledged an additional $500m in finance to help the Pacific and Southeast Asia to address climate change.

Separately, the UK government said it wanted to make the UK the world’s first net zero financial centre. The majority of large UK companies will have to publicly set out how they will reach climate change targets under the proposed rules, which should provide investors with greater clarity.

Next steps for investors: Greater regulation and continued engagement

Some key areas of significance to investors were missing at COP26, such as an international commitment on biodiversity. While the deforestation pledge was welcome, we believe that preserving natural habitats more broadly, including oceans, is key to managing the carbon in the atmosphere.

As governments move towards their net zero goals, we expect increased regulation on sectors like oil and gas, but also on the finance industry. This may include a globally defined framework around environmental, social and governance (ESG) considerations and disclosures. Asset managers are increasingly building responsible investing into their decision-making process, but we expect this to be underpinned by stricter regulatory requirements in future. Better and more consistent regulation at a global level, as well as further improvements in the quality and consistency of ESG data, would be welcomed by many investors.

We will continue to engage with regulators to help ensure sustainable finance policies are improved and achieve their goals. We will also continue to engage with investee companies, and to harness the power of the capital we allocate. We know, from our stewardship of investments and dialogue with companies, that the money we manage has implications for the real economy and the transition to net zero.

Ultimately, if we do not decarbonise, there will be severe damage to the global economy. But by moving to a low carbon world we have the chance to deliver significant additional economic growth. This will help create new technologies, industries and jobs, as well as a spate of possible investment opportunities.

Investors such as AXA IM have a key role in allocating capital to companies that are climate leaders and delivering on the technical solutions to the transition, as well as to those companies that are leading the transition to a net zero future. We also need to engage with the laggards to encourage a shift in their business models and to potentially divest from those that are not showing sufficient progress towards a net zero future. We believe potential returns to our clients could be enhanced by this approach as, today, what makes sense for the environment has never made more financial sense. We look forward to seeing agreements made in Glasgow being put into practice around the world to help secure the future wellbeing of us all.

This document is for informational purposes only and does not constitute investment research or financial analysis relating to transactions in financial instruments as per MIF Directive (2014/65/EU), nor does it constitute on the part of AXA Investment Managers or its affiliated companies an offer to buy or sell any investments, products or services, and should not be considered as solicitation or investment, legal or tax advice, a recommendation for an investment strategy or a personalized recommendation to buy or sell securities.

Due to its simplification, this document is partial and opinions, estimates and forecasts herein are subjective and subject to change without notice. There is no guarantee forecasts made will come to pass. Data, figures, declarations, analysis, predictions and other information in this document is provided based on our state of knowledge at the time of creation of this document. Whilst every care is taken, no representation or warranty (including liability towards third parties), express or implied, is made as to the accuracy, reliability or completeness of the information contained herein. Reliance upon information in this material is at the sole discretion of the recipient. This material does not contain sufficient information to support an investment decision.

Issued in the UK by AXA Investment Managers UK Limited, which is authorised and regulated by the Financial Conduct Authority in the UK. Registered in England and Wales, No: 01431068. Registered Office: 22 Bishopsgate, London, EC2N 4BQ.

In other jurisdictions, this document is issued by AXA Investment Managers SA’s affiliates in those countries.

This publication is not from the editorial staff of Investment Officer.